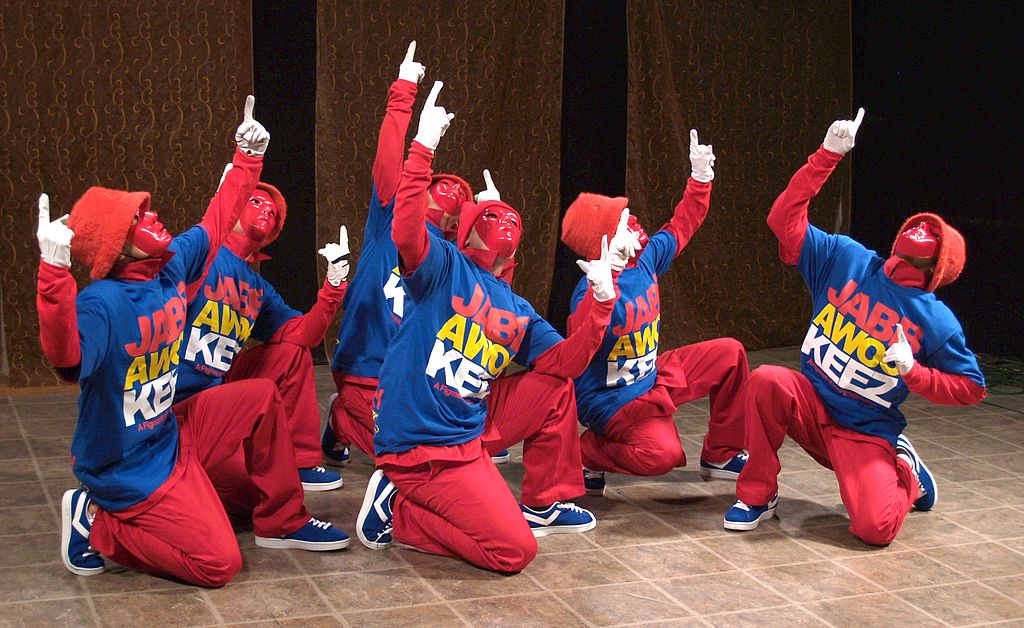 Dance competitions are thought to have started about 50 years ago when organizations such as the United States Amateur Ballroom Dancers Association began. You might even track it back to as early as 14th century England when dance marathons started.

Today, the popularity of dance competitions are fueled by television shows such as So You Think You Can Dance, Dancing with the Stars and even Dance Moms.

It can be argued that dance crew names are as important in catching the audience’s attention as their actual dance moves. We recently wrote an article on coming up with dancing team name ideas (and one on how to start a competition dance team).  Now we’ve dug deep to curate what we believe to be the best names for dance teams in the last decade: 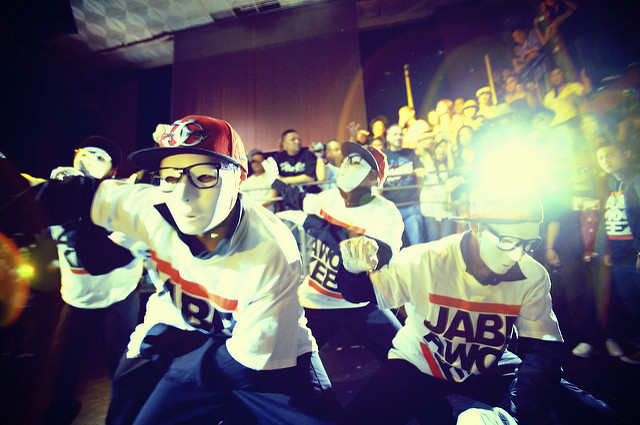 Photo by Mark Sebastian under the Creative Commons 2.0 Generic License

Lewis Carroll fans know the Jabberwocky from his poem in “Through the Looking Glass.” It inspired this hip-hop dance crew, who has became best known after winning the first season of America’s Best Dance Crew TV show. Their unique dancing mixes many styles, including popping and b-boying (known to us of a bit older generation as breakdancing). Part of the team’s mystique is the white masks crew members wear during their performances. After touring the United States and Asia, the 11-member group became the first hip-hop dance crew land a Las Vegas residency. Originally from San Diego, CA, they now perform up to 10 shows a week at the MGM Grand Hotel & Casino.

The Poreotics are an all-male Asian-American dance crew from Westminster, CA. The name comes about by combining their specialties: popping, choreography and robotics. Thus, it’s pronounced, “Po-reo-tics.” Their signature sunglasses, style, and humor have won over audiences in the many dance competitions in which they performed. This includes taking back-to-back first place awards in the USA division of the 2009 and 2010 Hip-Hop Internationals.

The celebrities who appear on Dancing with the Stars do get creative with their team names. Most combine their given names or their name with a talent. For example, when boxing legend Sugar Ray Leonard joined Anna Trebunskaya, they became “Sugar & Spice“. Disney star Chelsea Kane and Mark Ballas became “Kanenball” for competition. Mixed martial artist Paige VanZant, also Mark Ballas’ partner, gets creative points for “Team Pow Right in the Kisser”. But of all team names that come from DWTS, actor Kyle Massey and Lacey Schwimmer’s “Team Schmurgles”—you have to admit—is the most comical.

A name that signifies the spirit of determination in the city that never sleeps! Since their debut in 2005, this 40-and-over dance team has thrilled New York City audiences. They became nationally known after the “Dance Like Nobody’s Watching” episode of NBC’s 30 Rock. In it, Tina Fey’s character, Liz Lemon, performs with the group. The group inspires others as they face stereotypes and judgement due to age and size. As team member Margaret Hamilton notes,

“We may be older, but we’re not old with one leg in the grave. We can do everything.”